The new Bluetooth radio module has been specifically designed in order to scan up to 250 devices in a single inquiry. The main purpose is to be able to detect as many Bluetooth users as possible in the surrounding area.

Applications include vehicle and pedestrian traffic monitoring in order to create intelligent transport systems as part of the Smart Cities solution created by Libelium. 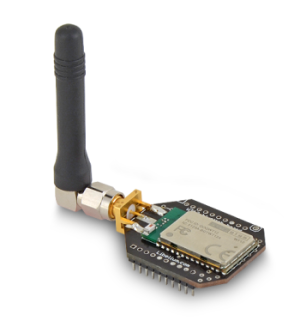 How do we differentiate if the Bluetooth device is a car’s hands-free or a mobile phone?

In the scanning process each Bluetooth device gives its “Class of Device” (CoD) attribute which allows to identify the type of service it gives. We can differentiate easily the CoD’s generated by the car’s handsfree from the people’s phone ones.

How do I control the inquiry area?

There are seven different power levels which go from -27dBm to +3dBm in order to set different inquiry zones from 10 to 50m. These zones can also be increased or decreased by using a different antenna for the module as it counts with an standard SMA connector. The default antenna which comes with the module has a gain of 2dBi. 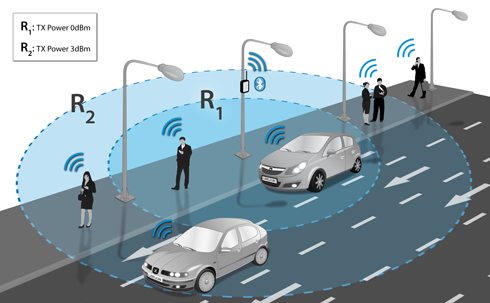 How do I calculate the distance of any of the devices detected?

In the inquiry process we receive the MAC address of the Bluetooth device, its CoD and the Received Signal Strength Indicator (RSSI) which gives us the quality of the transmission with each device. RSSI values usually go from -40dBm (nearest nodes) to -90dBm (farthest ones). In the tests performed Bluetooth devices at a distance of 10m reported -50dBm as average, while the ones situated at 50m gave us an average of -75dBm.

How do the Bluetooth and ZigBee radios coexist without causing interferences with each other?

ZigBee and Bluetooth work in the 2.4GHz frequency band (2.400 – 2.480MHz), however, the Bluetooth radio integrated in Waspmote uses an algorithm called Adaptive Frequency Hopping (AFH) which improves the common algorithm used by Bluetooth (FHSS) and enables the Bluetooth radio to dynamically identify channels already in use by ZigBee and Wifi devices and to avoid them. In the figure below we can see how AFH avoids transmitting in frequency bands which are being used by DSSS technologies such as ZigBee and Wifi networks, allowing a complete coexistence between all them. 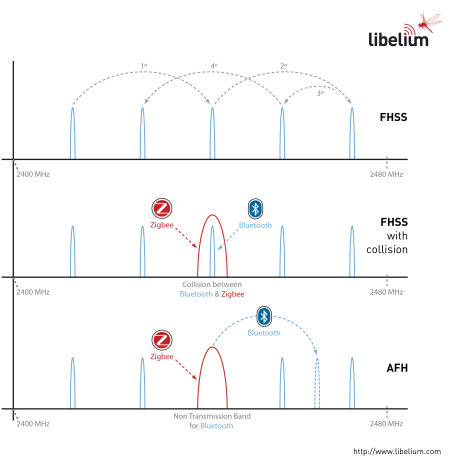 Can I use this radio to connect to other Bluetooth devices?

No. The idea is to use this radio “as a sensor”. All the API functions developed are thought to detect as many Bluetooth devices as possible. In order to communicate with other Bluetooth devices another module is available for the Waspmote platform.

The anonymous nature of this technique is due to the use of MAC addresses as identifiers. MAC addresses are not associated with any specific user account or mobile phone number not even to any specific vehicle. Additionally, the “inquiry mode” (visibility) can be turned off so people have always chosen if their device will or wont be detectable.