Climate change provokes more frequent incidence of extreme weather events, placing many cities at increased risk of flooding. Since 2000, floods only in Europe have caused at least 700 deaths, the displacement of about half a million people and at least 25 billion EUR in insured economic losses. 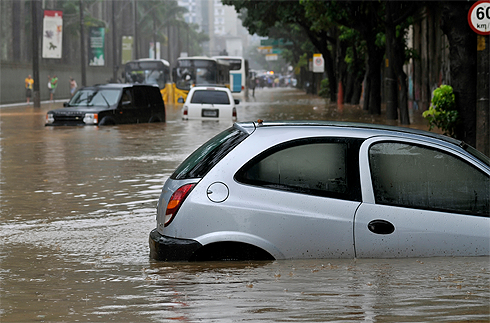 The floods resulting of the latest hurricane (Irene) that struck the east cost in the US few days ago affected to almost 29 million people and the economic losses could reach $2.630 millions. 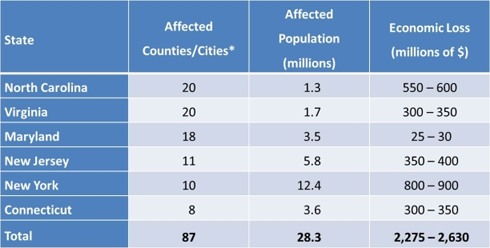 Increased risk of floods
Due to the impacts of climate change already being felt by many urban areas around the globe, flood risks have increased from sea level rises, and from more frequent incidents of climate instability. This includes extreme weather events such as heavy rainfalls and flash floods. 10% of the world’s population live in coastal cities, exposed to great risk from coastal flooding and incremental sea level rise. 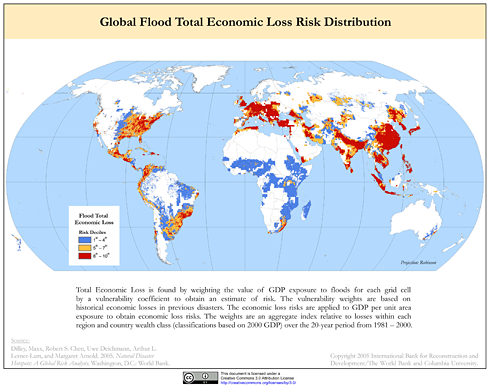 In most of the cases, floods are provoked by external acts so forecasting them and knowing the flooding areas becomes critical to minimize damages. On the other hand, as water becomes an increasingly scarce resource, not heavy flood events provide also an opportunity to divert water into more productive uses during times of heavy rainfall.

Wireless Sensor Networks and flood detection
The challenge of predicting floods has been addressed with manual reads or satellites, but these methods are not always possible nor even the best choice. In the case of manual readings, it implies someone watching a physical sign of water level close to the river, which is not scalable for measuring long rivers of kilometric lengths and may put the person herself into danger. In the case of satellites, they take advantage of its ubiquity to provide input data for flood forecasting. However in the case of developing countries – where more people affected by natural disasters lives (see picture below) –  available data from satellites comes in wide time intervals and may be insufficient. 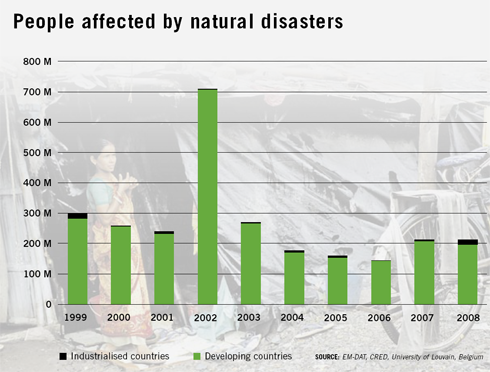 Wireless Sensor Networks are a cost-effective and scalable alternative for detecting early flood signs, forecasting floods, and monitoring flooding areas. Motes can be spreaded along the course of a river to measure increased water levels and generate alerts wirelessly by SMS or Internet database posting. The network can also be used to monitor weather conditions and rainfall, making easier and more accurate the forecasting of floods, and determine the likeliness of flooding in areas close to the coast, river, etc. Waspmote can monitor these parameters using the events sensor board (water level) and the agriculture sensor board (weather conditions). The motes can be placed on top of pylons and recharge their batteries with solar panels. Covering long distances is also an issue in this scenario since the goal is to monitor coast areas or river courses. Waspmote gets outstanding radio links in the frequency bands of 2.4GHz, 900Mhz and 868Mhz using the 802.15.4/ Zigbee protocols. 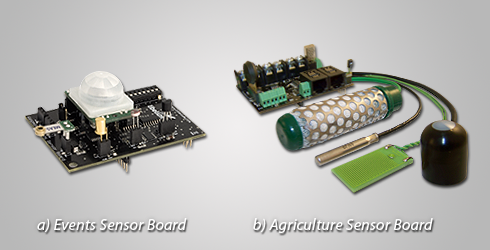 Smart cities monitor and respond to flood risks
Cities can use sensor technologies to identify areas where flood risks are greatest. This can be done prior to flooding by measuring water absorption following rainfall periods and along coastal areas. This data can assist cities prioritise development of sustainable drainage system plans for at-risk areas. During times of heavy rainfall, sensors can monitor areas known to be susceptible to flooding and can automate solutions to minimize impacts. This can include automating stormwater drainage infrastructure so that water is captured and directed along a preferred path that prevents excessive collection in given areas. Where floods increase in severity, sensors can be programmed to provide early warning systems for citizen evacuation in threatened areas in a more timely manner.

For any doubt about how to approach this solution do not hesitate to contact us.