Smart Agriculture project in Galicia to monitor vineyards with Waspmote

Agriculture began 10.000 years ago in the areas of present day Turkey and the Middle East. It changed very little from early times until about 1700, when an agricultural revolution took place, increasing the production of crops. In the 1850`s, the industrial revolution spilled over to the farm with new mechanized methods. Agriculture is facing today to two major problems: soil compaction and water scarcity.

Farming has a big influence on Europe’s landscapes and the quality of its environment. Soil compaction is one of he worst problems that is affecting Europe’s mainland. The use of heavy machinery in agriculture can induce ‘soil compaction’, which reduces its capacity to store and conduct water, makes it less permeable for plant roots and increases the risk of soil loss by water erosion. Some authors estimate 36 % of European subsoils as having high or very high susceptibility to compaction.

Water scarcity is becoming one of the biggest problems humankind is facing to. Hit by the worst drought in 60 year this year, the Horn of Africa is suffering from famine and hunger. Figures compiled by the Department for International Development (DfID) suggest that between 50,000 and 100,000 people, more than half of them children under five, died in the 2011 Horn of Africa crisis that affected Somalia, Ethiopia and Kenya.

Across the European Union, agriculture uses about a quarter of water diverted from the natural environment, though this can be up to 80% in southern Europe. Some estimates calculate that approximately a quarter of water abstracted for irrigation in Europe could be saved, just by changing the type of pipe or channel used. 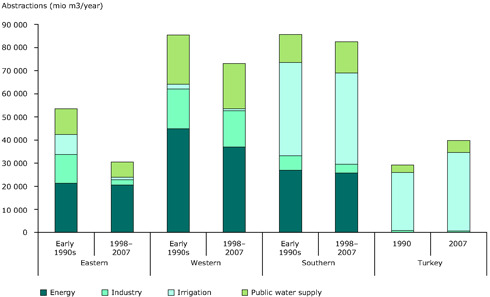 Fig. 1.- European water use by sector

Over the past five decades, the EU Common Agricultural Policy (CAP) – accounting for around half of the EU budget – has encouraged the sector to become rapidly modernized. This modernization includes methods for improving irrigation systems, minimizing emission of pollutants and impact in the environment. 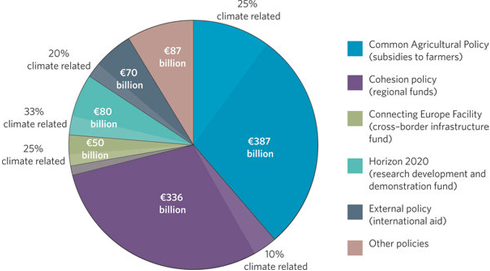 Wireless Sensor Networks (WSNs) can be used to monitor different environmental parameters related to agriculture such as temperature, humidity, soil temperature/humidity, weather station, leaf wetness and many other parameters. The monitoring of these parameters allows to minimize time and money as well as maximize agriculture results.

Siega System has been developed by Grupo Austen, a Spanish company specialized in naval installations and now in wireless sensor networks. This system has been firstly deployed in a vineyard in Pontevedra, a city in the North of Spain. Siega System is able to monitor environmental parameters such as ambient temperature and humidity and other parameters related to agriculture such as precipitation, wind or leaf wetness. 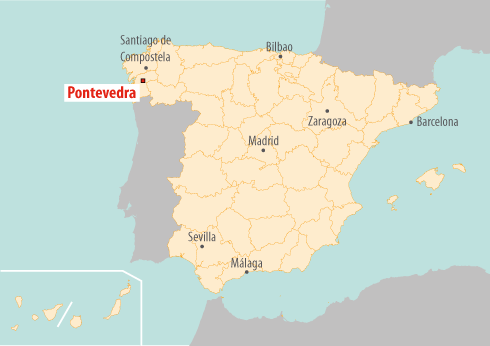 Researchers from Grupo Austen have created several statistical models to predict the appearance of plagues within the vineyard. At this point, 3 different plagues can be predicted: mildium, oidium and botritis though statistical model is expandable to integrate more plagues in the future.

On the one hand, the system allows to monitor vineyard conditions in real-time, being able to predict the appearance of a plague in the next hours/days. This feature allows vineyard technicians to take the measures to minimize the impact of the plague in the vineyard, minimizing time and money lost due to this plague.

On the other hand, the system also allows to monitor and control the grape from its beginning to the end user, also called as traceability of the grape. In this way, grape can be monitored in real-time from its plantation to wine manufacturing in the wine cellar. RFID technology allows to accomplish this goal, improving viticulture to a level not known ever before.

Siega System nodes use Waspmotes and are able to measure different parameters:

These sensors are connected to Waspmote through the Agriculture Sensor Board, which contains the electronics needed to implement an easy hardware integration of these sensors. Thanks to these great variety of measured parameters, statistical prediction models can be implemented in Siega System. 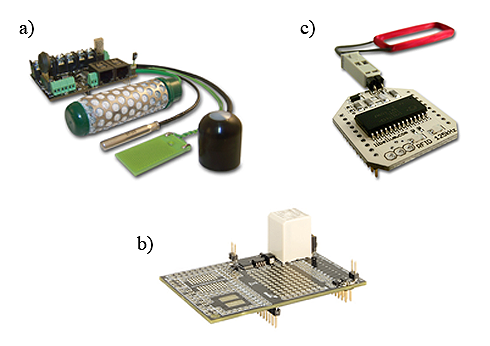 Siega System also uses the Proto Sensor Board to control irrigation systems in the vineyard and air conditioning in the wine cellar, turning them on/off depending on real-time weather conditions. Waspmote RFID module is used for the traceability of the grape, adding a new feature to this great Smart Agriculture system.

The main characteristics of these nodes are:

Meshlium, Libelium’s multi-protocol router, is used to gather all the data from the sensor nodes and leaving them in the Cloud.

The deployment of Siega System has taken place in a vineyard in Pontevedra, a city in the North of Spain. 10 Waspmotes and 1 Meshlium have been deployed in collaboration with a local wine cellar in order to test the system and improve its results.

Alex Casteleiro, one of the leaders of Siega System, says “The idea of Siega System is to take the Internet of Things to rural areas, helping to decrease costs and minimizing the impact of phytosanitaries, ensuring a better quality end product”.

The deployment process can be divided in different tasks:

First of all, measuring nodes were installed in the vineyard to get data from the environment, being able to create the statistical prediction model.

Secondly, Meshlium was installed to gather all the data coming from the sensor nodes and sending these data to the Cloud. 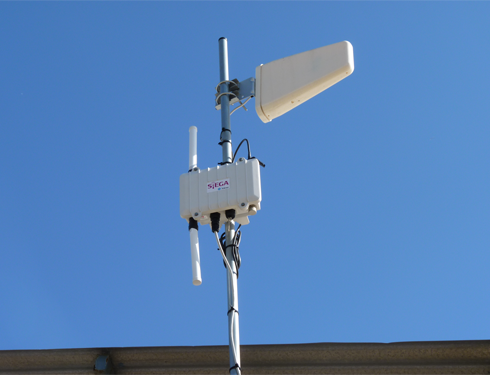 Once the base system was deployed, both pc and smartphone applications were developed to help the user to manage irrigation system, air conditioning machines and to prevent possible plagues.

Sensor nodes are located using Google Maps and the user can access to real-time data from each sensor node, and even get a visual representation of the different parameters measured by that node. Smartphone application allows to control the system from anywhere connected to the Internet. 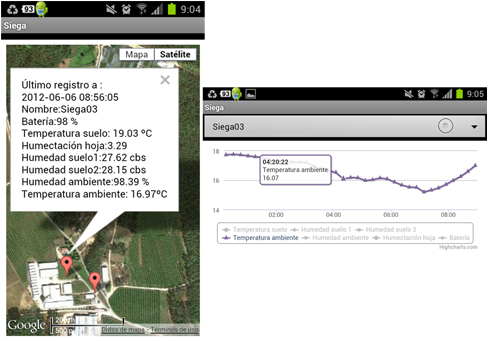 All these nodes are autonomous, taking advantage of Waspmote’s saving energy features. Sensor nodes get sensor data every 15 minutes or every 5 minutes, depending on the sensors connected to the node.

Alex Casteleiro adds “Siega System uses Libelium’s platform because it is modular, allowing to configure it and solve different kind of problems. Besides, API provided by Libelium fits all our requirements: high quality and open-source”.