Nowadays, the highest percentage of air pollution comes directly from road traffic and not anymore from large industries, currently placed outside metropolitan & urban areas. Road traffic is considered to be responsible for 25% of all emissions in Europe, rising up to 31% only in Spain. Moreover, 90% of all transport emissions are due to road traffic. Loss of environmental quality is one of the biggest threats of our century to health and human well-being, together with environmental impacts. Waspmote is monitoring environmental parameters in the city of Salamanca.

Research advises that present increase of respiratory and other related diseases is due to air pollution, as well as the increase of allergies that diminish in so many aspects people’s quality of life. According to European Union official data, 225.000 people died in Europe of diseases related with emissions from cars. Out of this 15.000 only in Spain, this makes five more times than the mortality rate by car accident. To overcome this threat, the European Union legislation has become stricter and intends to reduce car emissions by 20% until 2020.

As the European Environment Agency (EEA) says: “Ozone and PM are the most problematic pollutants for health, potentially causing or aggravating cardiovascular and lung diseases and leading to premature death. Eutrophication, an oversupply of nutrient nitrogen in terrestrial and aquatic ecosystems is another major problem caused by air pollutants. Nitrogen oxides (NOx) from combustion processes are now the main acidifying and eutrophying air pollutants, as sulphur pollution has fallen in recent years.” 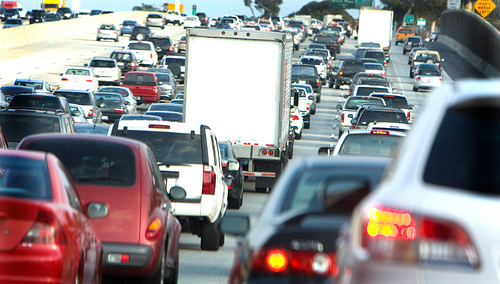 A recent EEA report establishes that approximately 17 % of European citizens live in areas where the EU target for ozone concentration was exceeded in 2009. If ozone levels are compared to the more stringent World Health Organization (WHO) guidelines, more than 95% of the EU urban population was exposed to ozone exceeding this level. This report also says that 12% of the European urban population live in areas with urban background (non-traffic) concentrations of NO2 exceeding EU and WHO levels.

Pervasive Air-quality Sensors Network for an Environmental Friendly Urban Traffic Management (RESCATAME) is a project funded by the European Union through its LIFE program. The Consortium consists of the following members: CARTIF, European BIC Network, Salamanca City Hall and Research Advisory Group P&G. Its main goal is to achieve sustainable management of the traffic in the City of Salamanca by using two key-elements: a pervasive air-quality sensors network as well as prediction models. 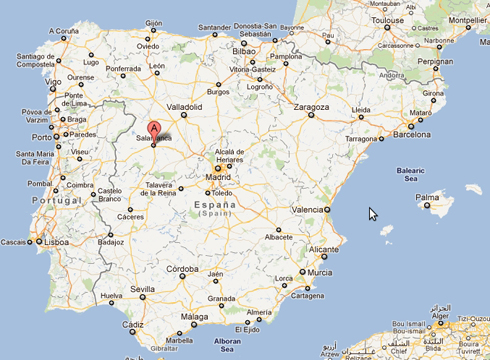 The pervasive air-quality sensors network is currently being tested in the city of SALAMANCA (Spain), where the expected positive impact on reducing air pollution levels improves human health and environment, but also the cutback of the pollution impacts on world heritage monuments that make the city very famous, as UNESCO World Heritage site since 1988 & European Capital of Culture in 2002.

The project is collecting data to prove that, by using the data collected from the sensors located across the city, providing full time and geographically coverage at low cost, municipalities can efficiently achieve a way of better managing urban traffic in major European cities. 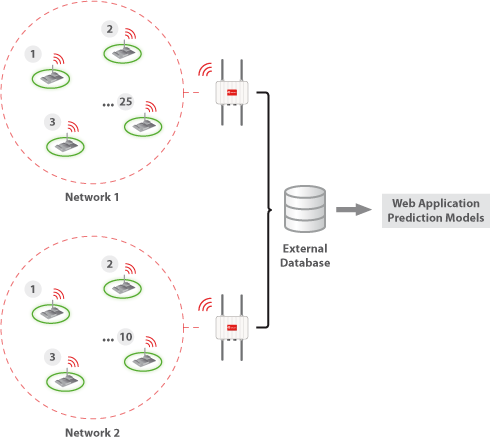 These 7 sensors are connected to Waspmote through an special Sensor Board made for this project, which contains the electronics needed to implement an easy hardware integration of these sensors. 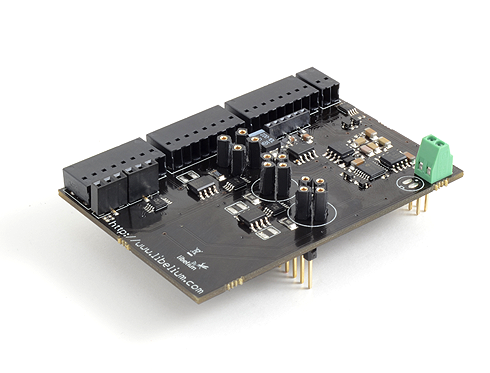 This sensor board has been specifically designed to meet the requirements of this project as Libelium provides custom hardware design.

The amplification stage of each sensor is trimmable, to allow a better integration of the specific sensor, as there can be variations from one sensor to another one of the same model. Moreover, this characteristic allows us to focus the accuracy of Waspmote in a region of interest. Besides, it is possible to switch each sensor on separately, as their power supply lines are independent and can be controlled by Waspmote in real time.

If any of these 7 parameters goes above a threshold, then the system analyzes the information and may react sending an alarm to the central node (Meshlium in this case). In order to know where this sensor is located, each Waspmote can integrate a GPS, that delivers accurate position and time information.

Fig. 4.- Distances reached depending on the protocol

So we can reach up 40 km with Line of Sight (LOS) condition using the 868MHz module. The high performance of Waspmote makes the readings really accurate and the transmission is highly reliable and flexible.

It is also possible to transmit the data via GPRS, as a secondary radio module for better availability and redundancy in situations when it is critical to ensure the reception of the message, like possible fire alarms. The GPRS module is quad-band (it can operate in 4 different bands, so it supports any cellular connection provider), making it able to work all over the world, therefore this project we are describing is suitable for any country.

Waspmote is sleeping most of the time, in order to save battery. After some minutes (programable by the user), Waspmote wakes up, reads from the sensors, implements the wireless communication and goes again to sleep mode. Each device is powered with rechargeable batteries and a solar panel, making the system very autonomous.

2 Meshliums were used to gather the data of the different nodes and send them via GPRS. Meshlium is the only multiprotocol router in the world capable of interconnecting up to 5 technologies:

Meshlium implements an easy connection between these 5 communication protocols. In this case, it gathers the info of the Waspmote ZigBee wireless network and sends it to the Control Center via WiFi.

Meshlium’s IP65 enclosure allows it to work in outdoors conditions. Regarding to the power supply, it can be connected to a solar panel or to the lighter of a car, so that it can work without problems outdoors. The battery in every Waspmote allows an operational life of many months or even years without any power supply like the sun, depending on how much time Waspmote is on. However, if there is a solar panel, Waspmote can work indefinitely in theory.

When the frames arrive to Meshlium, then it implements a parsing, dividing all the data in small pieces or variables that are stored in a MySQL Server Data Base. Once the data has been saved in the Data Base, then it is possible to manage it in the way we need.

For an accurate measurement, sensors have been calibrated in professional laboratories in order to provide the best results in this project. As one of the partners (CARTIF) say, “The biggest problem faced in this project has been related to sensors calibration as there are no companies available to carry out this process”. To solve this drawback, they “have developed their own calibration methods”. 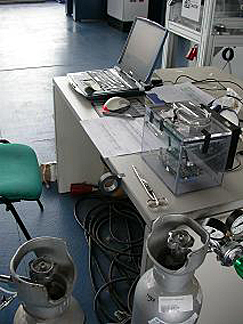 After being calibrated, the sensor nodes were placed inside their outdoor enclosure and were tested in both indoor and outdoor conditions.

Once the sensor nodes have been validated by a large number of tests, they were deployed in two streets of the City of Salamanca, being divided in two groups of 25 and 10 sensors each one. 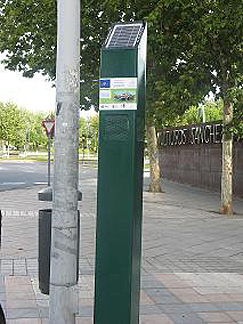 These nodes are powered by a solar panel and an external regulator which is connected to a battery. Taking advantage of Waspmote’s saving energy features and solar energy, these motes are autonomous.

To help in the transmission of the data, 2 Meshliums were also installed, gathering the info and sending it via GPRS.

As one of RESCATAME members say, “Pollution and traffic control system developed within RESCATAME project has 6 parts: monitoring, modeling, statistical analyze, dissemination, deployment and evaluation”. One of RESCATAME goals is “creating a data platform to inform, understand, assess and evaluate the impact of the actions applied to improve the accessibility, approach congestion problems, improve air quality and start a Traffic Information System”.

RESCATAME project has created an external data base to store the data from the two Meshliums in order to show the sensor data in a web application. This sensor data will be used for the predictive models so that traffic management can be improved.

Since Waspmote fits all their requirements, RESCATAME “decided to use Waspmote platform as it was the one which more approaches to our necessities and it was a Spanish provider”.