On May 18th 2015, the Colombian village of Salgar was devastated by a landslide. The La Liboriana river flood caused 83 deaths and left devastation and destruction on the communities all over the area. 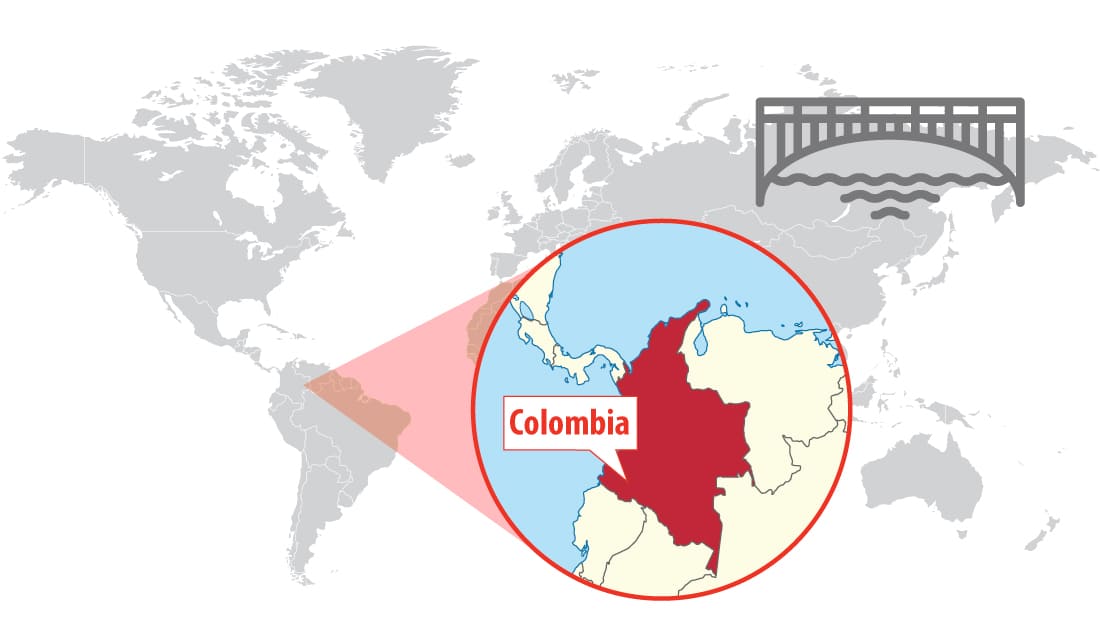 After this event, the National Unit for Disaster Risk Management – Unidad Nacional para la Gestión de Riesgos de Desastres (UNGRD) in Spanish – designed a plan to monitor and compile information on the La Liboriana, La Clara and Barroso rivers to prevent tragedies like the Salgar landslide.

Federmán Comunicaciones, a Colombian company with more than ten years of experience in telecommunications, was responsible for the installation of an early warning system in disaster management in the region based on Libelium technology.

Waspmote wireless sensor network continuously monitors the rivers level as well as the air temperature in order to alert the community in case of a potential flood or landslide. Sirens were installed inside the municipalities and floodable zones. 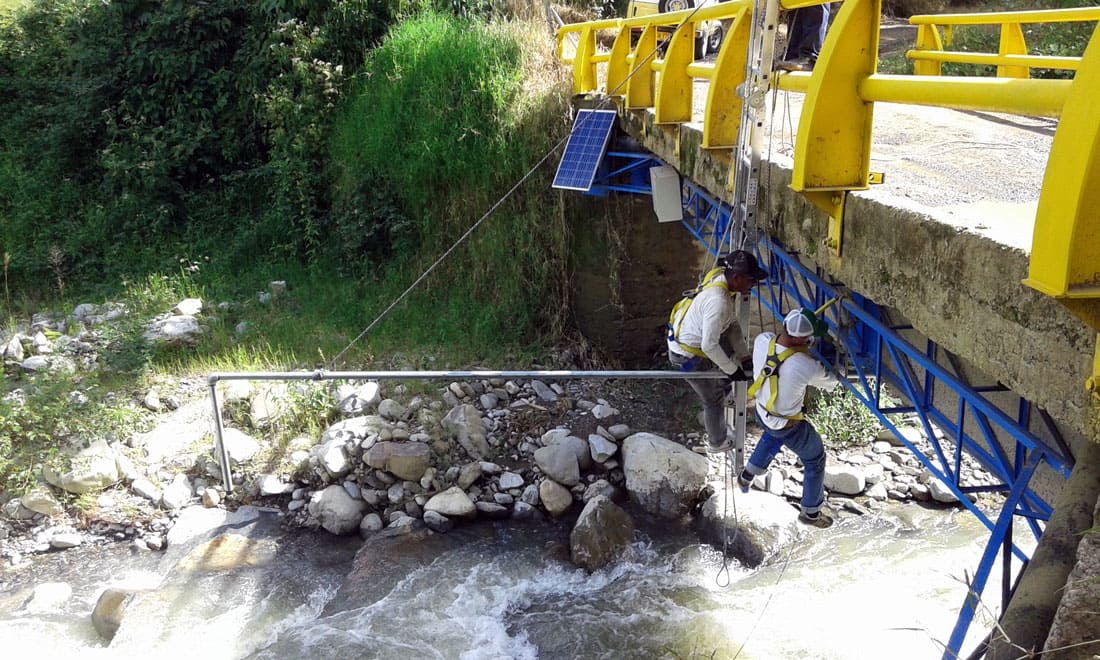 Installation of Plug & Sense! under the bridge

The department of Antioquia is predominantly hilly and rugged, making wireless communications from installation to maintenance difficult. The company has made use of its experience in telecommunications to deploy a complex system of repeaters and a combination of communication protocols in order to solve this issue. 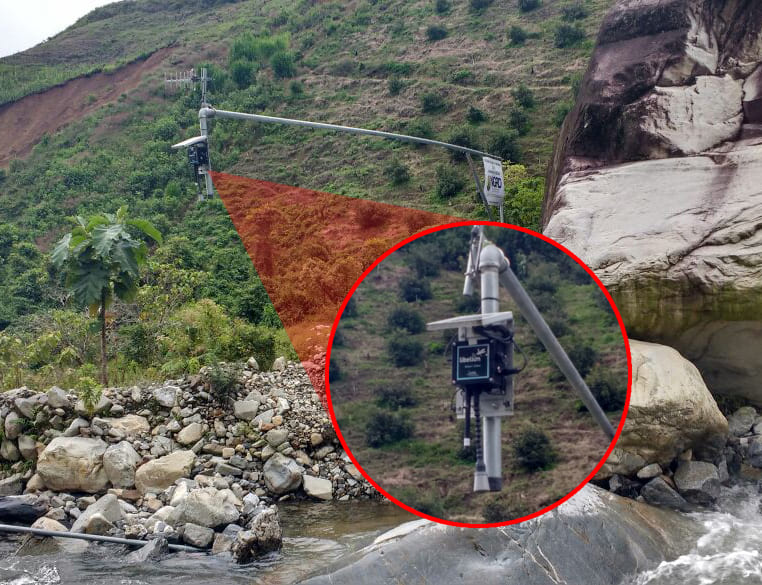 Additionally, the initial needs of the project have influenced in the flow of the data. 3G coverage in the area is habitually insufficient and powerless so the project demanded a complex communications system. A 900MHz mesh network was created to remedy this problem, so the Waspmote Plug & Sense! nodes can send the information from one to another until they reach the control center at the village of Salgar, where the data is visualized and stored. 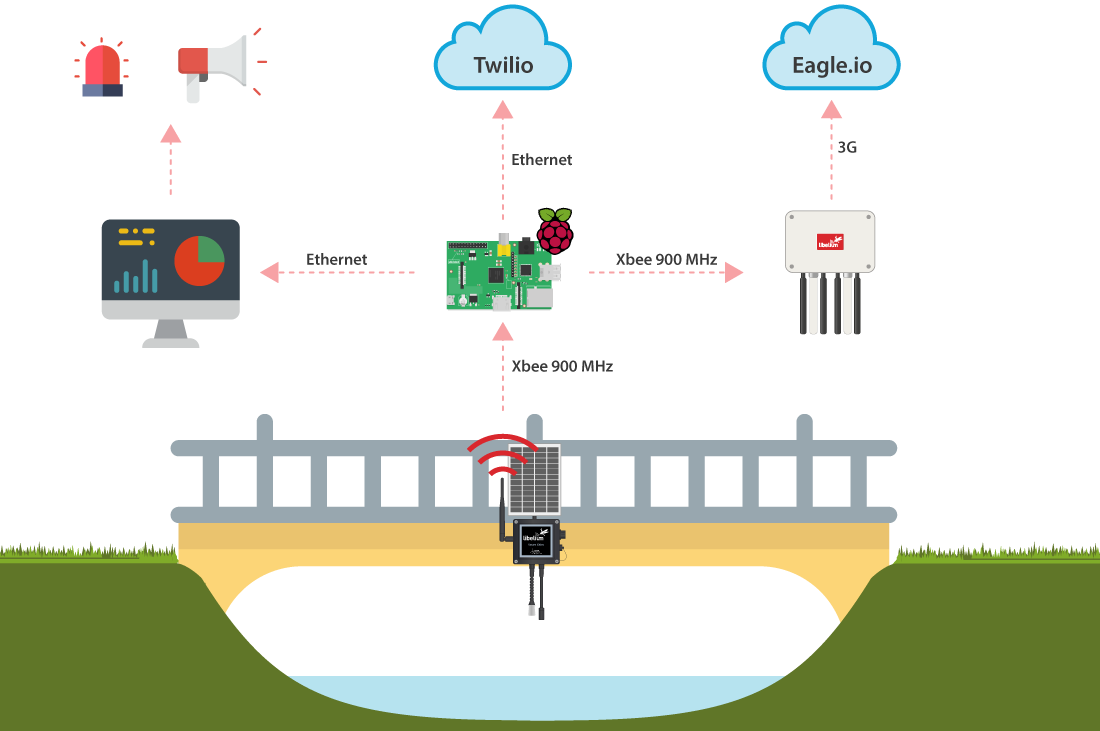 On the one hand, data must be stored and shown locally for the decision-makers decide whether to activate the Early Warning System or not. On the other hand, data is also stored in the cloud for those people who are not directly related to the decision making process.

Due to the difficulties on the communications deployment, a Raspberry Pi 3B was used to store data locally and to process the information gathered. This Raspberry Pi 3B also has access to the cloud platform Twilio, which sends SMS alerts to the decision-makers when an event occurs for risk prevention. It contains an application which allows them to create surveillance parameters over the river levels and generates local auditive and visual alerts (yellow, orange and red) when the river levels are above the pre-established limits. 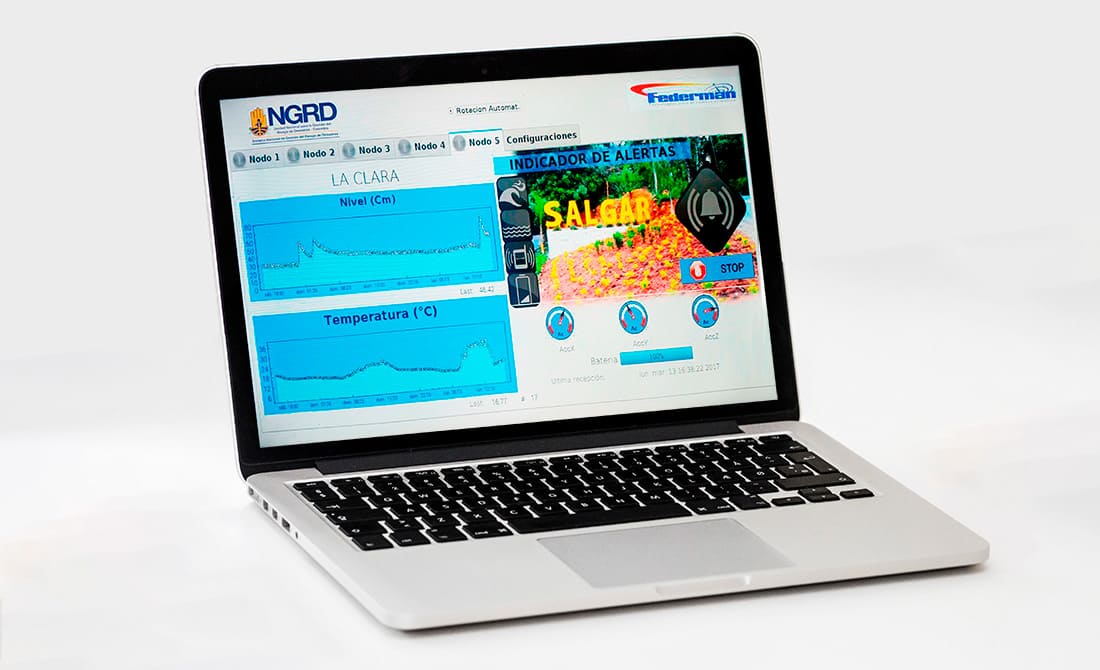 Finally, the information is sent from the Raspberry to the Meshlium IoT Gateway, where it is stored and sent to the Eagle.io cloud platform via 3G cellular communication protocol. In the online application dashboard, developed on the cloud platform, alert messages are created to those agents who are not decision-makers but must have this information.

The main objective of the project is to control the behavior of the river basins and obtain real-time information to generate alerts when the limits are exceeded. In case of alert and if needed, the control unit must activate the sirens and public address system for the people to evacuate the risk areas. However, this public investment has as a final aim to offer security and to prevent the community from natural disasters.

“The adaptability of Libelium’s technology to any kind of project was a determining factor in the purchasing decision. Additionally, the complete documentation, the software development kit, the examples and technical support offered by Libelium were fundamental for our company since this was the very first project in this field”, comments Federmán Escobar, Federmán Comunicaciones CEO.

Federmán Escobar affirms that the Colombian State represented by the UNGRD and the municipality of Salgar is satisfied with the system since it covers all the initial needs thanks to the stability of the nodes, which continuously compile data every 5 minutes approximately.

At this moment, the possibility of adding more sensors and monitoring points is open so the system can be enlarged and decision-makers can obtain more precise information to decide when to activate the protocols in case of an emergency.

Discover our Smart Cities Kits at The IoT Marketplace.