Ozone is one of the major pollutants in Europe, excessive exposure to ground-level ozone is estimated to cause about 20,000 premature deaths per year in Europe, according to the European Environment Agency. 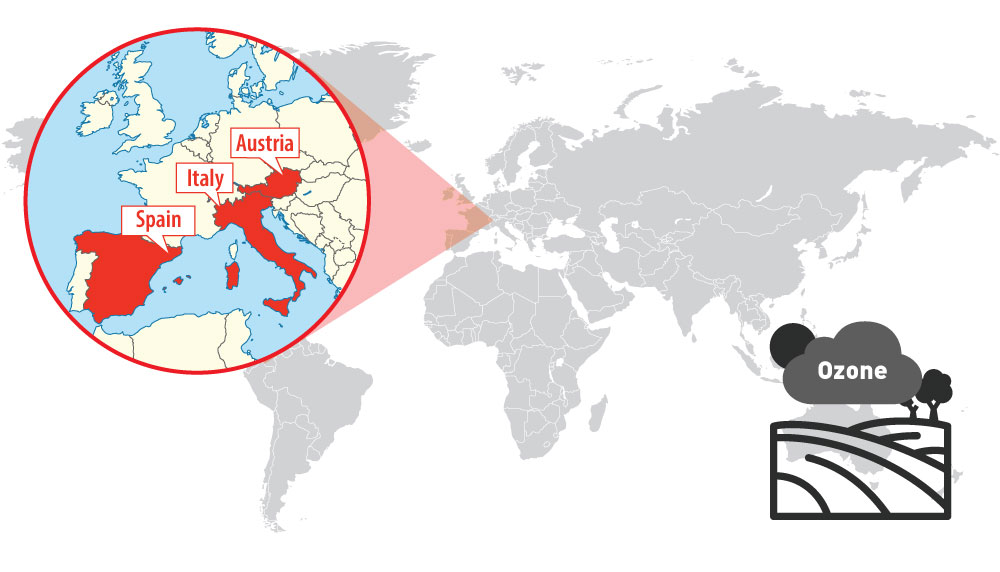 Location of Spain, Italy and Austria

Ozone is a greenhouse gas, often considered the “forgotten pollutant” because its effects are felt far from the areas that cause it. But ground level ozone is primarily an air pollutant, which is of high concern in Europe. 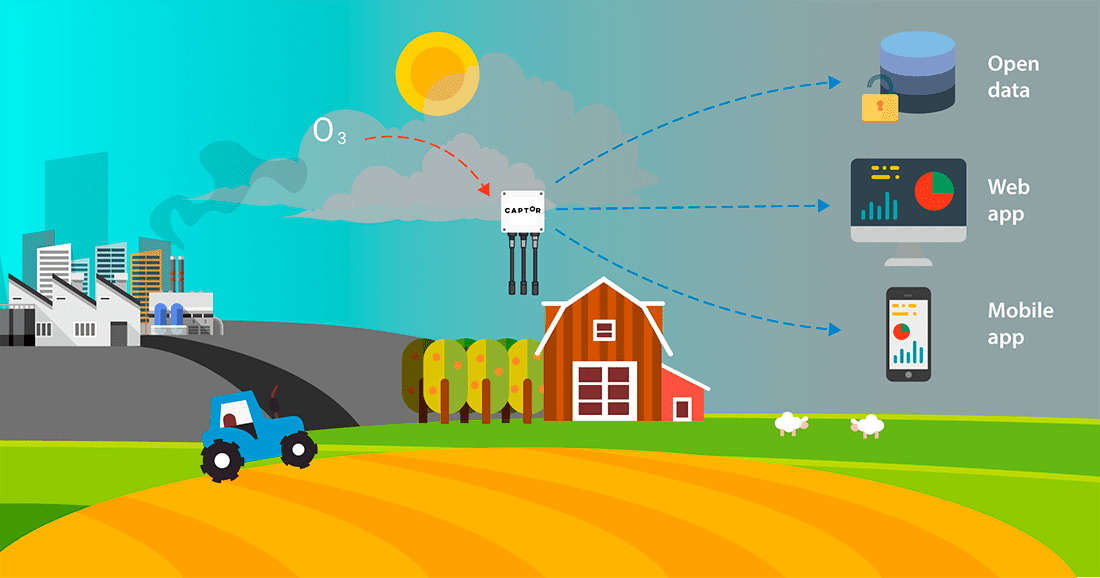 The polluters (the urban population) do not suffer the degradation of the air quality caused by their gas emissions, whereas the rural population (which has a limited ability to control the emissions) breathes degraded air. Due to this decoupling between the sources and the effects of tropospheric ozone, it usually receives less attention than other pollutants such as particles of sulfur dioxide (SO₂) and nitrogen oxides (NOx).

A network of sensors were installed to measured ozone in three affected areas: 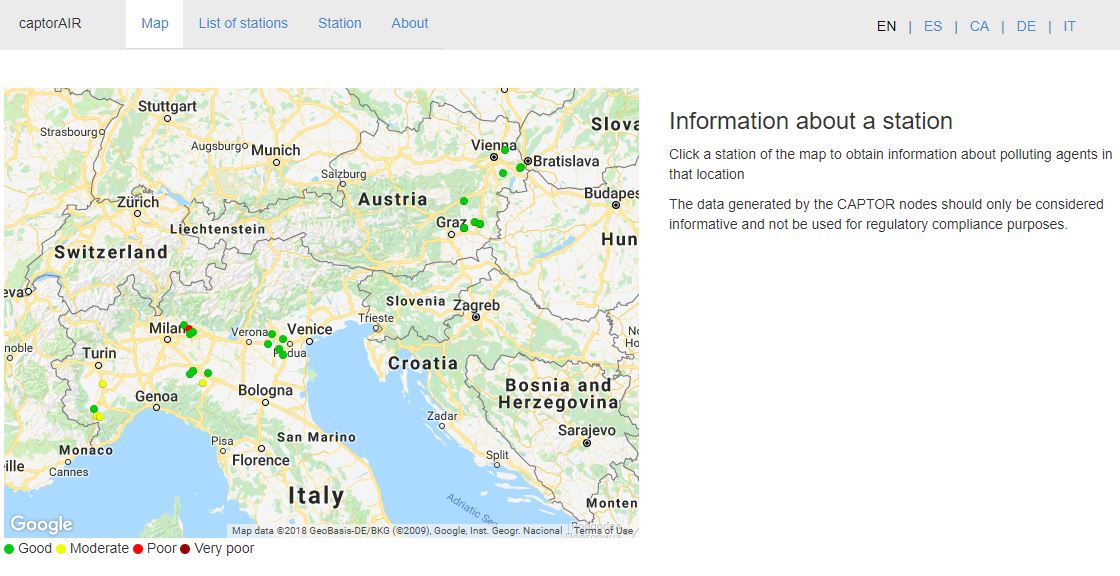 The devices, which has been inspired by Libelium’s Waspmote Plug & Sense! Smart Cities PRO line, have been managed and maintained jointly by the Institute of Environmental Diagnosis and Water Studies (IDAEA) of the Spanish National Research Council (CSIC) and the UPC. 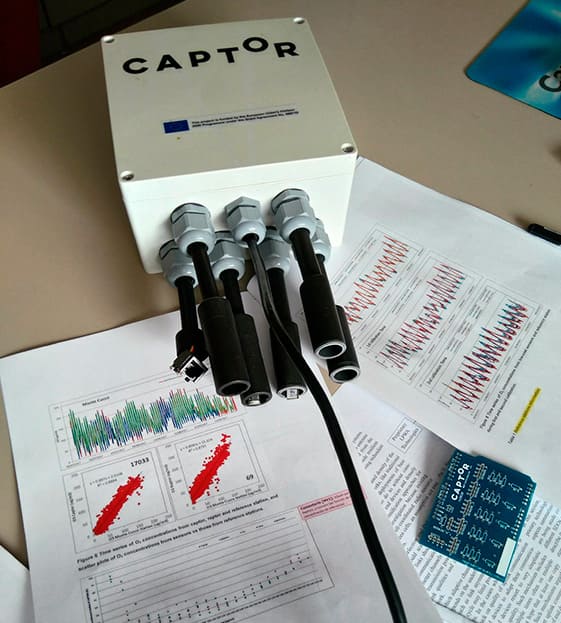 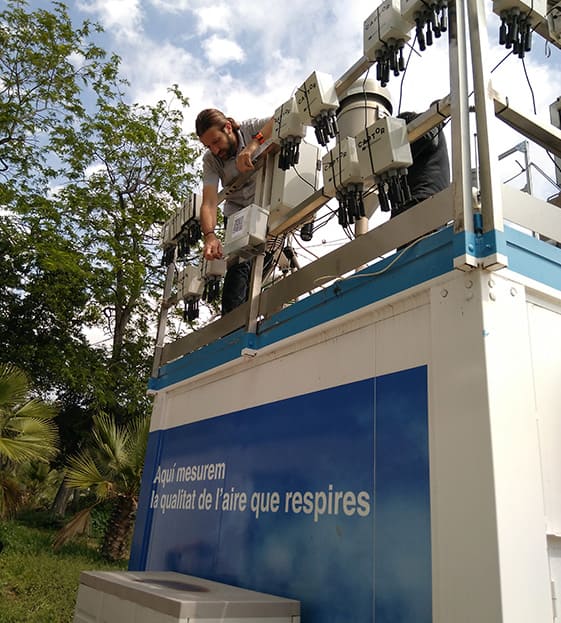 Three ozone measurement campaigns are planned for the summer period (2016-2018), when tropospheric ozone reaches the highest concentrations. In the first year, 2016, the campaign was only carried out in Spain, in order to test the system and the tools for publishing the data. In 2017 and 2018 the campaign was carried out in private houses of volunteers from three countries: Austria, Italy and Spain. 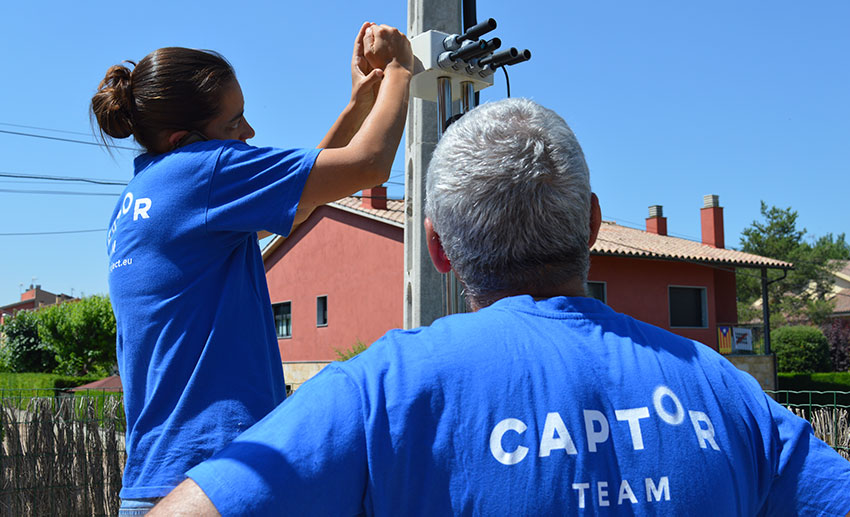 In the CAPTOR project, citizens and scientists work closely together to monitor and address the problem of ozone pollution in Europe. In fact, the goal is to promote grassroots collaboration between local communities, citizens, NGOs and scientists in order to find solutions to the problem of air pollution and to reinforce the citizens’ awareness of their right to clean air.