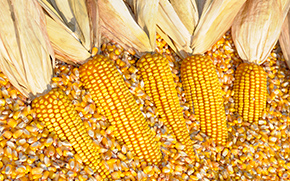 Italy is one of the main maize grain producers in the European Union together with France, Germany, Hungary and Spain. According to a report from Business Insider, the 28 country members of the EU will harvest this year between 62.5 to 65.5 million tonnes of corn. Since 2015, the harvests have been lower than previous years due to the long drought periods.

Omica is an Italian start-up focused on Smart Agriculture. Its mission is developing innovative products that integrate new disrupting technologies such as the Internet of Things. In collaboration with Libelium technology they have deployed a wireless sensor network to improve crops yields by identifying less productive zones and also monitoring crop water and fertilizer requirements during the growth period.

The project, that has been successfully completed during 2016 summer, has been carried out in Piedmont, a region in the north-west of Italy, at some farms that produce corns for food and also biomass. Regarding Eurostat Crops Statistics, Italy produced in 2015 7,069,000 tons of corn in an area of 700,000 hectares.

The deployment on the corn fields consist on some Waspmote Plug & Sense! Sensor Platforms installed in different zones of the field:

Developing technological projects in rural areas add some difficulties because of the absence of physical communication infrastructures. The Italian start-up has deployed a solution where Waspmote Plug & Sense! transmit data using 3G/GRPS. Thanks to GPS, farmers can move the sensor platforms to different areas depending on each need. The company has developed and own-cloud based application, OMICAFARM, that recognizes automatically sensors position and allows an immediate visualization in the map. 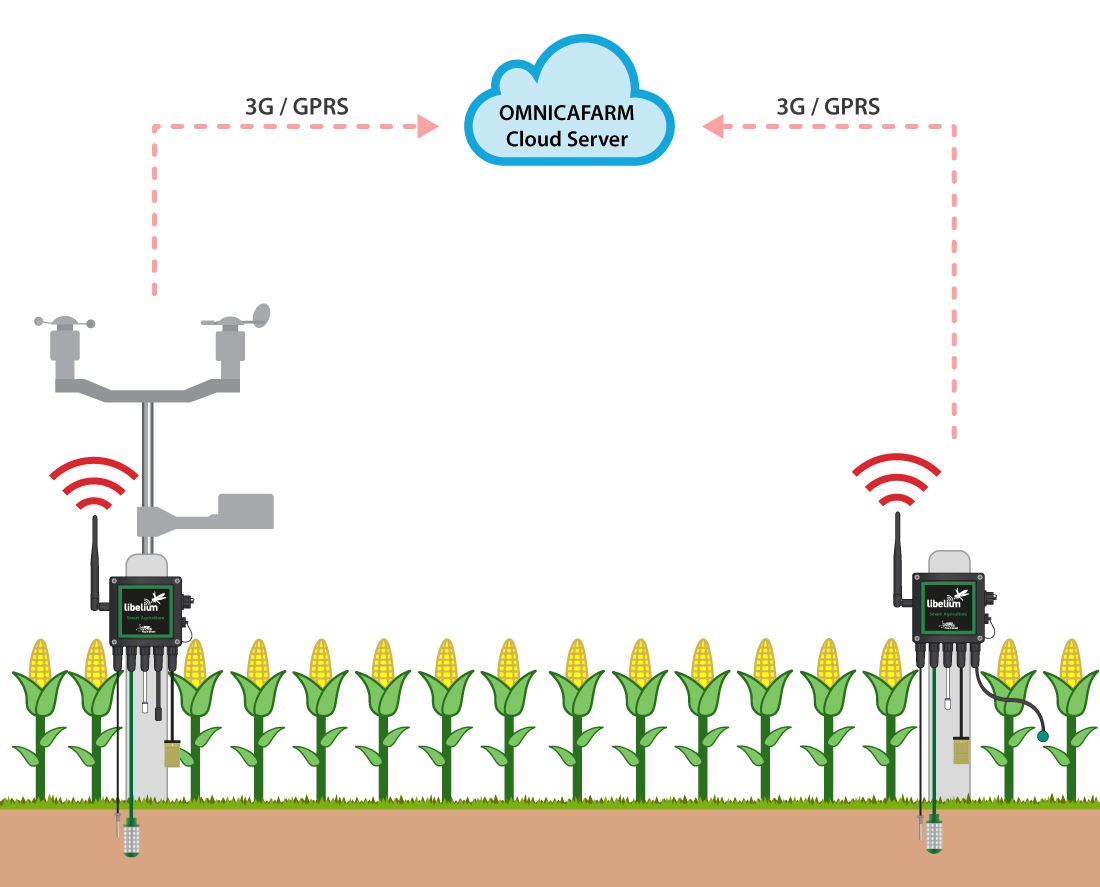 Easy deployment to get a predictive model

Omica team considers that customers have been positively impressed by the ease of the installation: “In less than one hour, they have installed the sensors and then they have access both to data collected in real-time by the sensors and information obtained by analysis of satellite imagery with a history of the last three years”.

Some of the most important goals for maize crops farmers are having a Geo-referenced Decision Support System able to improve crop profitability acting both on the optimization of irrigation and planning precise fertilization and also having an instrument able to predict the crop yield during the growth period, before the harvest. 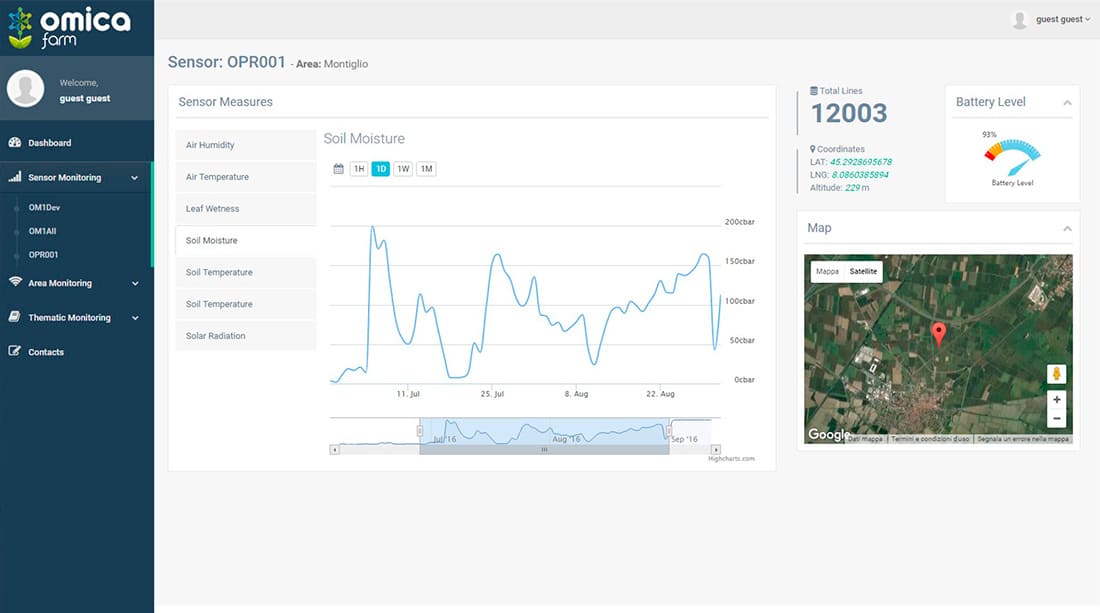 These requests have been solved just with OMICAFARM that combines different technologies in just one solution. They have integrated in the platform data collected with Libelium sensors and data obtained by the multispectral analysis of satellite imagery. The platform allows farmers to divide their fields into smaller and homogeneous zones to know specific water or fertilizer needs. With this information farmers can:

The Italian company has chosen Libelium technology for its wide range of sensors available and also the ease to develop the software for data acquisition and transmission. Wireless sensor networks deployed consist on scalable and flexible monitoring systems with low installation, maintenance and also operative costs. 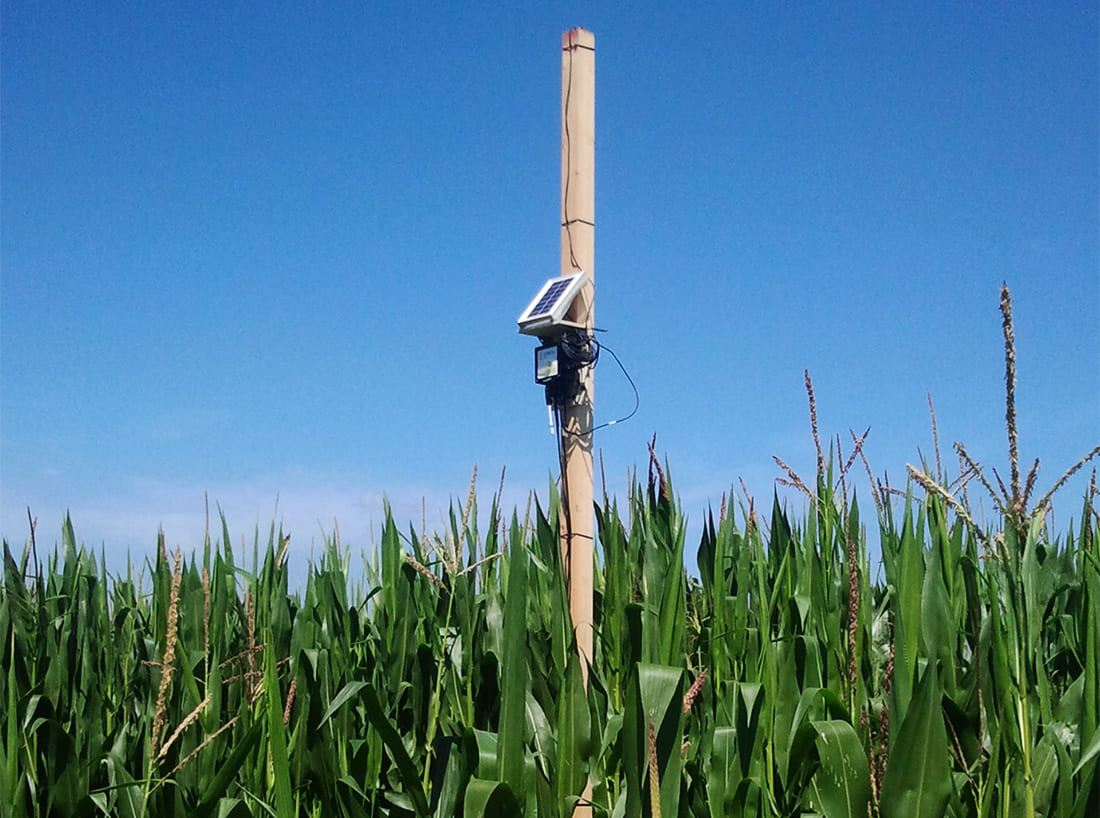 With OMICAFARM farmers can know during growth stages which zones are more or less productive. The capability to update geo-referenced maps periodically, up to very 5 days, allows farmers to take decision and monitor their effects in a very short time. This valuable information has helped to: